Advertise on Colossal with Nectar Ads. …Milan-based designer Andrea Minini (previously) just shared his third series of animal illustrations where he challenges himself to create the familiar forms of mammals, birds, and fish using the effect of moiré patterns. For this latest series Minini used only two lines that are repeatedly scaled or rotated to make each creature. These and many of his earlier illustrations are available as prints…. 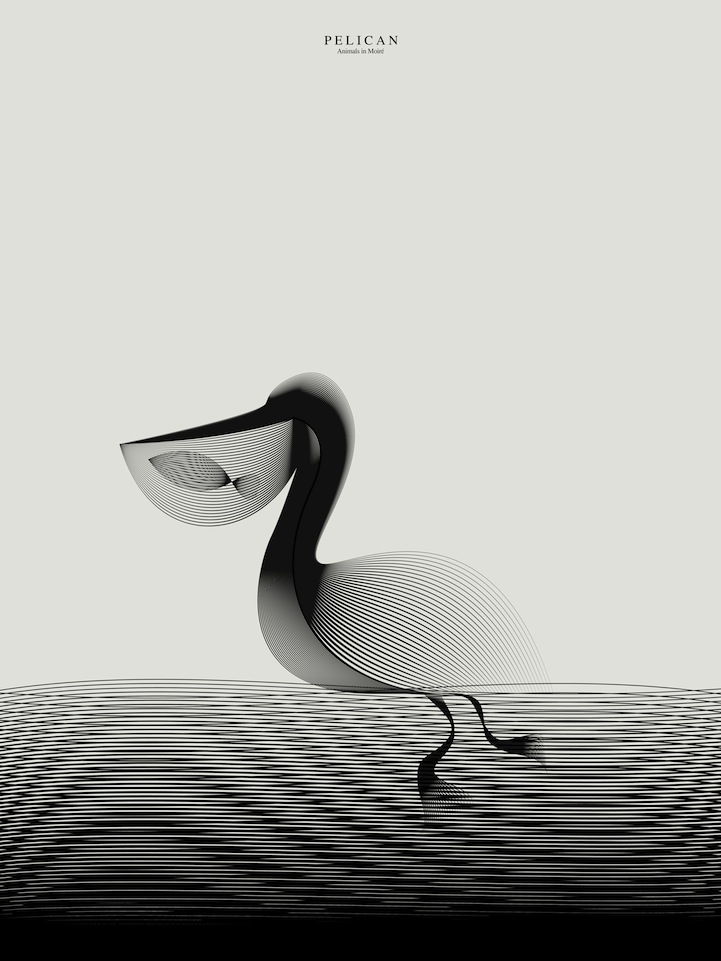 …Milan-based designer Andrea Minini (previously) recently completed a new series of animals illustrated with textured moiré patterns, creating an unusual intersection between natural forms and mathematics. It’s curious to see how the patterns give each illustration a great sense of motion, curving naturally with the shape of each animal. If you’re interested, many of these are available as prints here. (via Neatorama)… …This beautiful series of animal illustrations by Milan-based designer Andrea Minini began as a design experiment to obtain complex shapes and depth starting with just a few lines. Using Adobe Illustrator, Minini created textured moiré patterns that give each illustration a surprising intensity. You can see more from this series over on Behance….